It’s now less than three months to go before the UK is due to leave the EU, and there still is no agreement on the exact terms of the departure. Every day therefore the likelihood of a “Hard Brexit” increases. People are slowly beginning to realise what a Hard Brexit will mean. In particular, the talk is of the lorries, thousands of them, that will wait for days to cross the English Channel. I suddenly realised that some of those lorries will belong to M&S.

A “hard” Brexit means Britain becomes a “third country”. The border at the seaports will need to be maintained in the same way as that between, e.g. Slovakia and Ukraine. Every item in every lorry leaving Britain will need to be checked to ensure that the contents meet the EU regulations which previously the UK automatically adhered to. The paperwork alone will cause many smaller UK companies which export, to collapse. At the ports, infrastructure will have to be built to house all the people checking this stuff. So far, none of this infrastructure is ready, although the Dutch and Belgians in particular are far more prepared than the UK is. So far all the UK have announced is that a small motorway, the M26, will become an emergency lorry park. And this week they ran a “test”, involving just 80 lorries. 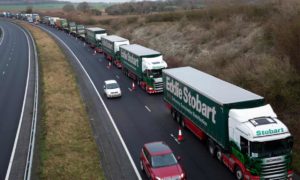 However in 2014 M&S announced that it would start a trial of sales of its fresh food. There was a collective gasp of surprise and joy from the British community. M&S has the reputation as the best choice for supermarket fresh food, expensive but with an uncompromising approach to quality. Part of that approach involves very short and rigorously applied sell-by dates.

By end of 2014 I understood from British management in M&S that the trial, at least in Prague, was seen as a success. It certainly looked that way. In Novy Smichov, most of the M&S store is reserved for clothing, but I would walk through the empty store to the far corner where the food is situated, and it was, and is, always busy. To my initial great surprise, the most common language among the customers is Czech. It seemed that Czechs too were ready to pay a lot extra to buy British fruit and vegetables, meat and dairy products, because when they got it home, they found that it tasted a whole lot better than the stuff they could buy in that other “British” store, Tesco.

Late in 2016 there was a further worry for us satisfied customers when M&S as a company reported the need to cut back on costs due to poor financial results. It announced the sale of all its Central European stores (as well as nearly all in Western Europe). Again to my great surprise, it decided to hold on to the Czech Republic operation. This was entirely due to the success of food. Even more than in the UK, M&S has a problem with its clothing offer to modern women. Indeed I never met a Czech woman who said she buys clothes there. The last time I spoke with my contact in M&S management he was talking about the search for locations for new stores, which would possibly be food-only.

And then came Brexit.

But wait, I hear some saying, why should it cause M&S to pull out? After all, it opened its first Czech stores before the accession in 2004.

Remember what I wrote about the  strict sell-by dates? When the fresh food test first started, I was curious how M&S dealt with the logistics of it. I learnt that all the goods are brought by road. This logistic choice was driven not just by speed and cost, but also environmental considerations. I suppose that a lorry leaving an M&S depot near the Channel Tunnel will currently arrive in Prague around 12 hours later. If such a lorry were to be delayed even by 24 hours, this would have unacceptable quality implications for M&S. 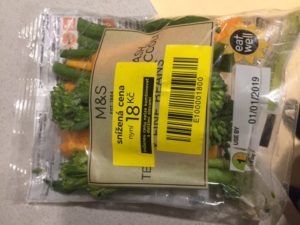 Don’t they have a Plan B, to bring it in by air? Well, in case you haven’t noticed, it isn’t clear whether anything or anybody will leave the UK by air without a problem, in the event of a Hard Brexit.

If M&S cannot get guarantees that their lorries can get across the Channel as quickly as they do now, I am sure they will pull out of the Czech Republic. They do not make enough money on clothing, and the company is under pressure from shareholders to cut costs. To outside investors it already looks slightly odd that M&S remains in the Czech Republic when it withdrew from all other European countries.

So I and many other satisfied customers will lose out. But to those British who support Brexit, it will seem like a small problem in a small faraway country. They have however forgotten who are the suppliers of M&S food. More than most retailers, M&S supports British farmers. So especially in summer, you would find in our kitchen the following produce supplied by British farmers, often named on the packaging: Milk, cream, butter, cheese, potatoes, tomatoes, carrots, salad vegetables, salmon, cod, haddock, sausages, bacon, sirloin steak, lamb, ham, strawberries, raspberries, gooseberries, plums; as well as packaged products such as bread, porridge and English beer and cider. And English flowers.  Sales are at risk for all these producers, and what will they get instead? 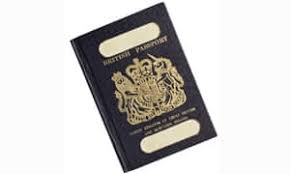 One comment on “Will Brexit cause Marks and Spencer to leave the Czech Republic?”