Finally one coalition has adopted a clear position on the airport. Solidarita, a coalition unique to Prague of the Greens and CSSD, led by former dissident Anna Šabatová, is making a clear case against the building of a new runway, even as the other parties pretend that it is not something worth talking about.

Doubtless some people will instantly take a tribal view and assume that it’s just a bunch of militant eco-terrorists who want to prevent ordinary families from flying off to their holiday in the Mediterranean. This blogpost seeks to persuade you that it is not so. The main argument against the new runway is no longer about the environment (even though this is important). The main argument now is that a combination of Covid and Putin’s war has made the building of a new runway completely unnecessary. It’s an argument based on cold hard facts, and I’d like to take you through them one by one. I will take each of the arguments previously used by the airport to justify a new parallel runway, and show how today none of them have any validity

This was the argument that most people could understand. It was certainly true that in 2019, the airport carried a record number of passengers, 17.8 million, and the trend appeared to be strongly upward. So the Airport confidently forecast that by 2028, it would handle 21 million passengers per year, and could grow no further without the building of the parallel runway. Andrej Babiš lent his support with a claim that by 2038 the Airport would carry 30m passengers -provided the runway was built.

I’ve already described in a previous blogpost how I discovered that the Airport’s claim  was not backed by any evidence. The only organisation that regularly provides objective forecasts is Eurocontrol. It needs these forecasts to be accurate so that they can keep us all safe in the skies and the airports of Europe. Even in 2019, Eurocontrol’s forecasts indicated that demand for flights was weakening and that flights to from the Czech Republic would only increase by 1.6% per year until 2025. And then came Covid…and before Eurocontrol had the chance to make sense of the post-Covid situation, Putin started his war.

Eurocontrol usually publishes a 7 year forecast every autumn. The last such forecast was published in October 2021. That forecast projected that flights to and from the Czech Republic would grow at a rate of only 0.2% on average each year to 2027. That would translate to passenger numbers at Prague airport of 18.05m (compared with 17.8m in 2019). So virtually no growth at all, and therefore no reason at all to embark on a costly new project which will mess up the lives of many residents in Prague 6 and Prague 8.

But there is more. This forecast preceded Putin’s war. In 2019, as previously, Russia was one of the top three destination countries for Prague airport. It accounted for 7% of the total passenger number. 1.3m passengers, gone. When will they return? You tell me.

Summary. The airport forecast for passenger growth which underpinned its argument for a new runway,is now completely and demonstrably wrong. That alone is a fact-based reason to cancel the project forthwith.

2. “When the current second runway (known as 12/30) is used, it causes significant noise pollution in Řepy and Kladno”

However do you know how often it is used? One of our colleagues here in Vokovice carefully analysed the data provided on the Airport’s own website. He has found that in a normal year it was only used by 5-8% of flights on average. That’s because flights normally need to take off or land into the wind. The prevailing wind in Prague is westerly, which is the alignment of the main runway (6/24). The data also showed us that in at least  50% of cases, the  reason for using 12/30 was “maintenance” rather than weather.

Earlier this year the Airport announced that it would close runway 6/24 for three months for major maintenance. It was three months of hell for those living in the affected areas. The Airport took every opportunity to reply to the complaints by claiming that the only long-term solution to avoid such disturbance is to build a second runway.

However when you look around Europe at other airports the argument of Prague airport falls apart again. An excellent example is of an airport many of you will have flown to and from: London Stansted. It has just one runway. It has no reserve runway of the type Prague has. Yet Stansted handles 28 m. passengers per year. As for maintenance; Stansted was clever and fast moving when Covid struck. It used the downtime in 2020 when nothing was flying, to carry out its major repairs. You have to ask why Prague airport was not so forward-looking in 2020.

Finally the biggest problem with noise pollution at any airport is when it is in use at a time when most people expect to be able to sleep. It is therefore legitimate to ask why Prague Airport has a schedule which allows residents no peace at all, even when in total there are far fewer flights than normal. Take a look at departures, from Prague, and then from Stansted

The airport has also hinted that building the second runway improves safety.  I asked for an opinion on this claim from the professionals who are most concerned with safety – the pilots. They have a very good web forum which attracts pilots from around the world. You can read for yourself (in English) what they think about this claim.

So maybe the mayor of Řepy, a longtime supporter of the second runway, should perhaps instead be demanding a thorough public review of the operation and management of the Airport.

3. “The cost will be funded from profits, the State (and taxpayers) will not have to pay”

This was what the Airport CEO at the time, Vaclav Řehoř claimed in 2019. By 2020, he was forced to admit that the cost of the pandemic had used up all the reserves of profit, and that State support would be needed. More recently, the PR spokesperson has casually asserted that the Airport will take out a loan.

The cost is estimated at 55 billion CZK. The pandemic and the energy crisis has already drained the State budget. The last thing we should do is spend 55 billion CZK on something  that is no longer needed.

In the face of such overwhelming evidence to the contrary, why does the Airport continue to push the idea that the new runway is still needed?

I am not generally a fan of conspiracy theories; however I am increasingly convinced by the following answer, because I haven’t got a better one.

The new runway would allow the closure of 12/30, and this frees up a lot of land…for development. Actually you can see evidence that it has already started. This Finep development is located very close to the airport, almost opposite the Sestka shopping mall. When 12/30 is in use, landing planes almost scrape the top of the new apartment blocks. It is hard to see how the idyllic rooftop living depicted in their brochure will be possible if 12/30 continues to operate.

There is a local election project running in Vokovice which asks influential politicians to state publicly their positions on topics which concern citizens there. Their answers will be published on www.vokovice.info . Maybe they too have changed their minds…

As I have stressed in my previous blogposts, I am not anti-flying. I think we can and should fly less often, but it is often the only feasible way to travel. It is important that Prague has a modern airport which serves its customers well. Currently it does not do that well. It has no direct rail or metro connection to the city centre (unlike even Sofia); it often delays passengers both at security gates and in the baggage hall; and it requires people to start their holidays with a sleepless night because their flight to Burgas takes off at 05.00, even though it now has plenty of free “slots” later in the day, and while Pardubice airport closes soon after lunchtime on most days. Any money the Airport wishes to invest (or rather, money which the Airport expects us, the taxpayers to invest) should be directed at making the experience less stressful for its customers, which should not be difficult, as for the foreseeable future there will be no more of them than there are today. 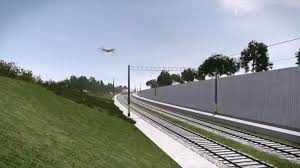 24th August 2017, was a Thursday. I can’t remember why, but I came home from work straight after lunch. So at least, when the text from my brother came through, I was able to drop everything. The text said that our mother, who had been re-admitted to hospital, had suddenly weakened, and doctors gave her no more than 24 hours left on this earth. I don’t think my brother expected me to be able to get there. However thanks to the efficiency of British Airways, and to living close to Vaclav Havel Airport, by 17.15 I was taking off for London and by 20.00 at my Mum’s hospital bedside with the rest of the family. She died peacefully without seeing the next morning.